The day started out terrible. As soon as they woke up the only sink they have in the house broke so Roberto had to fix it. Since Roberto had a day off he did not want to spend his day at home with his wife. Instead, he went to the health club where he could relax and make new friends. He sat in the sauna by himself and thought about his future with his wife. He got a sports massage by Summer Holiday for his tense muscles from work.  To end the day he took a mud bath because he thought it was necessary. When he got home Lexi was bored and he was so relaxed that they woohooed 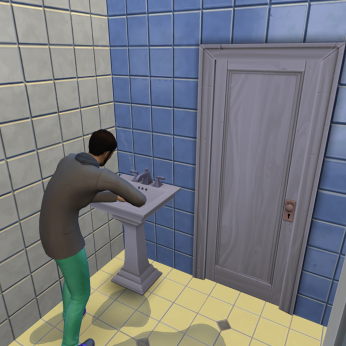 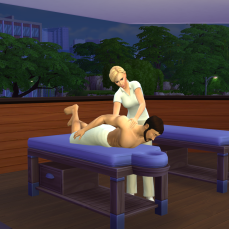 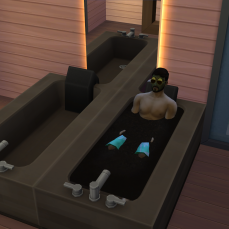 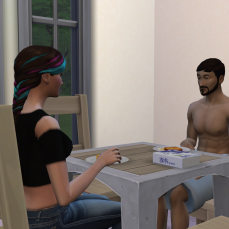 The following morning Lexi was invited to breakfast to Hogan’s Burger Bar by Kolton Mansfield who was an alien and Lexi accepted. They both talked and had a really nice out but they never got their food so they had to leave that restaurant. They went to the restaurant next door called I Dream of Sushi, where they had sushi. Lexi went to the bathroom and Kolton followed which she found really creepy and got embarrassed because she didn’t really know Kolton that well and only wanted to be friends with him. Afterward, he got stuck in the bathroom and could not leave, Lexi tried to call him over. They got their food and he was still in the bathroom. Lexi was getting really tired and thought she should get home because it was getting late and she was pregnant. As she was walking out she passed out of being tired. When she woke up she went back home to her husband. 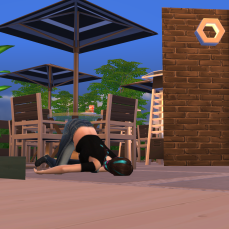