Lexi was at home eating when she went into labor. Everything was happening so fast Roberto and her rushed to the hospital to have a new child in the house. They were both nervous and excited that their house won’t be quiet again. When they got to the hospital Lexi checked in at the front desk and went to the weird machine to have her baby taken out. The weird looking machine did scare Lexi but it was only for a few hours until her child came out. A healthy baby boy came out called Dylan. He was so adorable and he was already crying. When Lexi thought she was done, the doctor said: “There is one more in there.” Lexi was surprised that she was having twins, she never thought she was carrying twins. The second healthy boy was called Drew.

It was a name she had to think spontaneously and quick. She took both boys home and when she got home she asked Roberto, “How can we take care of two children when we couldn’t take care of one child?”

Roberto replied, “We have learned from our mistake and we will be more careful. We will figure it out together.” 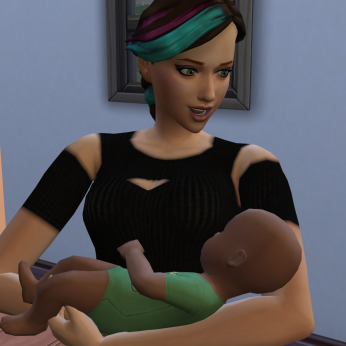 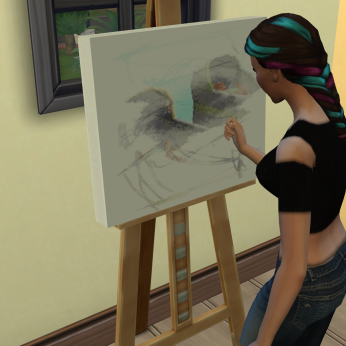 Lexi was so happy that she did not have to take care of the twins alone and had someone to help her. Before Roberto left home for work Lexi painted the twins in the same painting together. Roberto fed the boys and changed their diapers while Lexi was painting both of them in the same painting. Roberto had to go to work and she thought she couldn’t do it, but she did. Before Roberto left she finished the painting so it was something she didn’t have to worry about anymore. After breastfeeding both of the boys, they fell asleep. When Roberto got home he took a nap on the couch and the twins started to cry. So Robert went to go check on them. 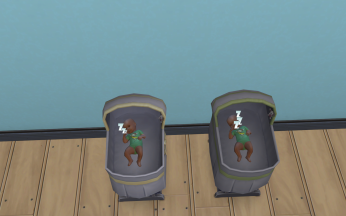 Lexi read a book and got invited over to Alice’s home and Lexi went only to tell Alice to come over to her house. Lexi showed the twins to Alice and showed them off to her. Lexi learned that Alice is also a stay at home mom. Lexi heard a knock at the door and saw it was J. Huntington and ignored him, and it wasn’t someone she wanted to talk to right now.

The next morning Lexi had breakfast with Roberto at home. To celebrate his promotion to the dance team captain. Since Lexi had some extra time on her hand she started to practice a new skill and that was programming hoping that she could make some money off that.

For Roberto’s next promotion he needed to be more charismatic so he practiced a speech in front of a mirror. After he practiced his speech he went back to work. Lexi took a break from programming and watch Dylan and Drew and painted to make more masterpieces. For dinner with Roberto Lexi made a grilled cheese sandwich. 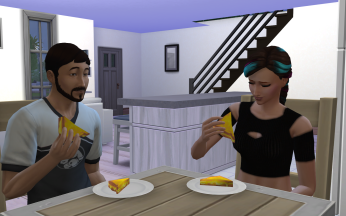